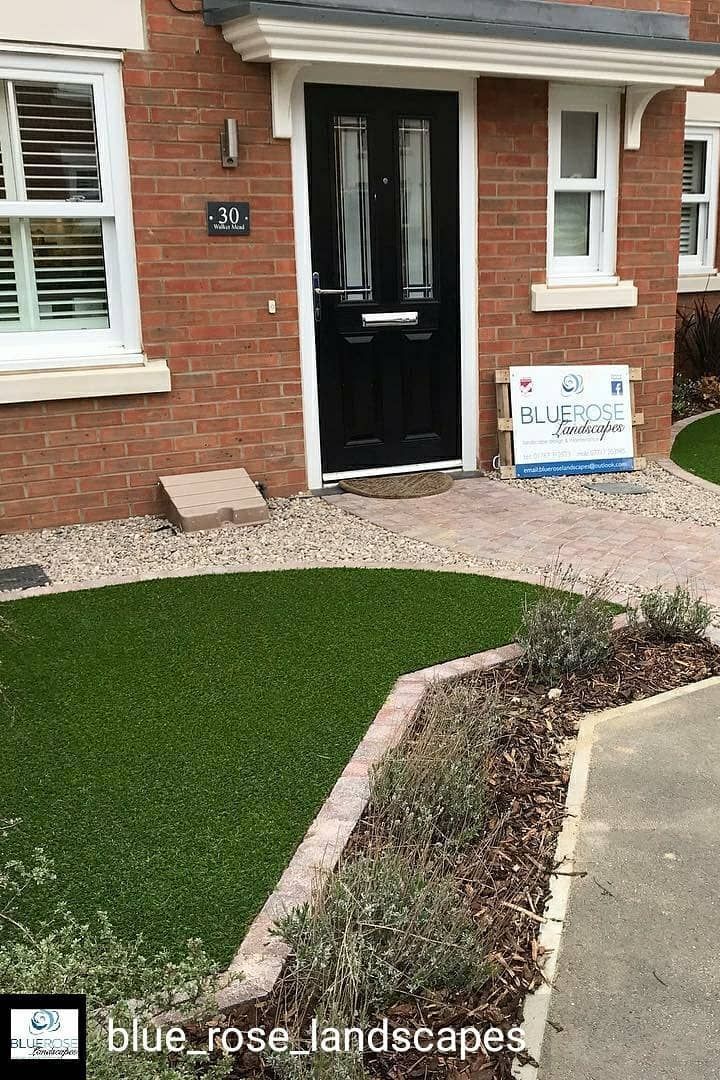 Make the most of a small front garden or path with a neat and tidy style. Created by Marshalls registered installer Blue Rose Landscapes using Drivesett Deco in Cinder and our Summer Lawn artificial grass